A. What is Bitcoin Cash (BCH)

Bitcoin Cash is a cryptocurrency created from the fork of Bitcoin in August 2017.

B. What Does Bitcoin Cash (BCH) Offer?

Bitcoin Cash increased the size of blocks from 8 MB to 32 MB by allowing more transactions per block to be included in the process compared to Bitcoin.

In addition, the features it offers are as follows:

Scalability: Bitcoin Cash can process around 61 transactions per second.

Proof of Work: BCH uses the original Bitcoin consensus mechanism: Proof of Work. Cryptocurrencies are only issued to miners who compete and secure the network.

Low Transaction Fee: Bitcoin is designed as a peer-to-peer system and is ideal for low transaction fees. Equal Distribution: Everyone who owned Bitcoin (BTC) at the time of the Bitcoin Cash fork also received an equal amount of Bitcoin Cash. Community and Network Effect: There are thousands of traders accepting and supporting BCH, it is also traded on many digital asset platforms.

In 2017, Bitcoin Cash was created by a group of Bitcoin users who disagreed with the roadmap proposed by the project's main developer group. Bitcoin Core and believed that different technical decisions were necessary to bring Bitcoin to a global audience. Bitcoin Cash advocates tended to believe that Bitcoin required changes to compete with traditional payment systems. They also advocated lowering the feesk preferring to shift these costs to other parts of the network. With this goal, Bitcoin Cash changed Bitcoin's code and released a new software version with features that are no longer compatible with Bitcoin. This initially split Bitcoin into two blockchains (Bitcoin and Bitcoin Cash) and two separate assets (BTC and BCH). This meant that any user holding BTC would have the same amount of BCH as he owned when the two blockchains were split. Since then, Bitcoin Cash has been quick to add new features, increasing the amount of data it can store in each block to 8MB, increasing the size of blocks allowing more transactions to occur and improving scalability. 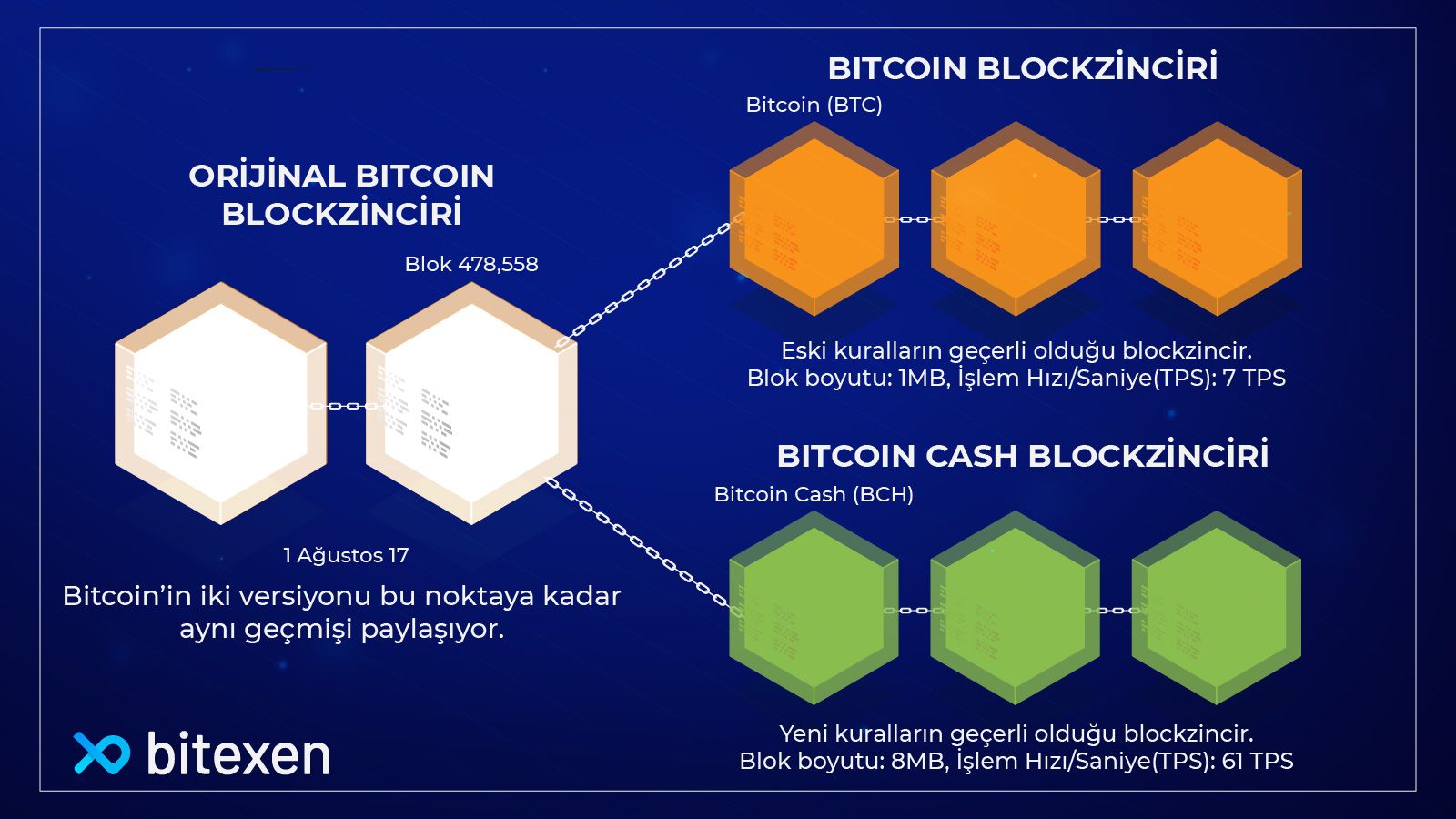 Bitcoin Cash has the same maximum supply as Bitcoin. It has a fixed and limited maximum supply of 21 million coins. Bitcoin Cash, like Bitcoin, uses the Proof of Work algorithm for each new block formation. The algorithm used is the same in both cases. It is defined as a partial inversion of a hash function. In addition, Bitcoin Cash aims for a new block to be created on average every ten minutes, as with Bitcoin.

The Bitcoin network is growing at an impressive rate and Bitcoin.com is forging new and lasting partnerships within the industry, here are the companies working together.

Blockchair: Blockchair is a blockchain search and analysis engine for Bitcoin and Bitcoin Cash. You can filter blocks, transactions and outputs by over 60 different criteria and perform full-text searches on blockchains.

Crypto2Cash: A fast and secure solution for selling crypto for both businesses and individuals. It converts your crypto into a fiat currency of your choice, including EUR, CHF, GBP and SGD, knowing that your funds will be transferred to you as soon as the transaction is complete.

Nexo: is on a mission to maximize the value of digital assets for all people around the world by offering secure and seamless financial products combined with unique user experiences. The company offers the world's only comprehensive crypto banking solution that allows holders to borrow via Instant Crypto Credit Lines, earn money from high-yield interest-bearing accounts, and pay anywhere with Nexo Credit Card.

Bitcoin Cash (BCH) is a peer-to-peer digital currency that can be traded without having to deal with delays and high fees. Unlike fiat money, BCH has a fixed supply of 21 million coins to ensure long-term stability. Money can be sent to anyone from anywhere in the world by using BCH. The blockchain network works around the clock and transactions can be made at very low transaction fees.